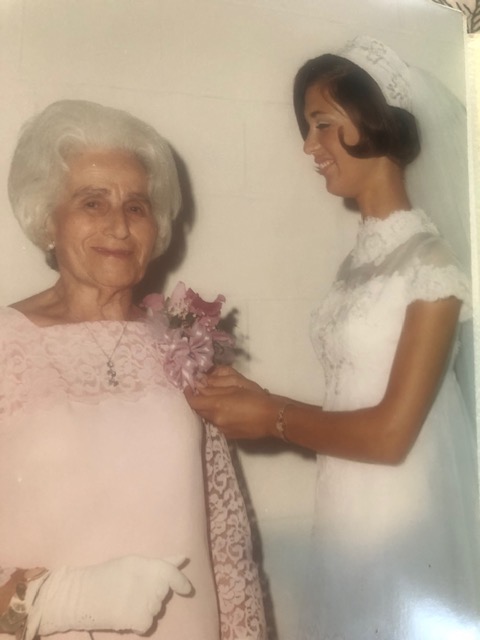 My maternal grandmother, Lena Krostar Gorbach, was the only grandparent I knew. She was born around 1880 in the Pale of Settlement to parents who had an arranged marriage, as was customary for Jews at that time.  Her parents soon divorced; her mother came to America and began a new life with a new husband and children. Gram stayed in Russia until she was a teen and then came to America. She lived in Baltimore, New Britain, Conn, and later Bridgeport, Conn. She married and had 6 children and 18 grandchildren. We were all close. I absolutely adored her, and although her formal education was limited, I instinctively new that she possessed great wisdom. I saw that her Judaism gave her inner strength and a model of how to live.

A favorite memory is from my wedding. She was supposed to walk down the aisle with my brother and sit in the front row, but when I got under the huppah, there she was! She had no intention of missing a close up of the proceedings! Her picture is on my dresser, and I think of her all the time…she was a blessing in my life, and in many ways, she still is.

Sheila Friedland is a social activist formerly on the staff of the Jewish Museum in New York and formerly executive director of Westchester Jewish Council.  She and her husband Bob live in White Plains, NY have 11 grandchildren, ranging in age from 20 months to 16 years.