We have persisted.
We weren’t always flying from city to city like we do now.
We traveled in cramped, smelly quarters of boats that took us from the squalor of the shtetls of Dubnow, Ledichev, Yaswen, Sombor, and Kolk
And landed in the New York harbor and the port of Baltimore.
We had large families that loved and fought.
We grieved for young children born at a time when surgeries and medicines that would save them were not yet discovered.
We raised broods that would stay connected, with family circles and unbroken links in a chain. We also separated like oil and water, the family stories lost in the move out west, an intentional separation from family strife.
We have an oscillating story of success and failures, descended from an honorable man who took out a loan during the Great Depression to save the business and the livelihood of many who depended on it. Your grandfather had more wins than losses, as he reimagined cities and sites, providing jobs and changing the face of city centers.
We have been taught to not leave others behind. 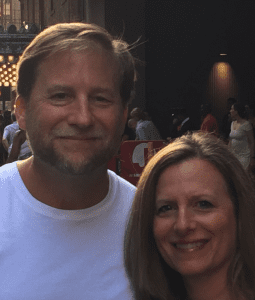 Your great-great-grandparents established family circles that served to provide help when aid was needed. Your great grandparents raised their voices to speak up for the elderly, for Israel, and for those impoverished and your grandparents marched for the Jews behind the Iron Curtain, for the rights of women, and for equality for all.

Use your voice, be guided by your moral compass, and above all, Know that when times are tough, there are better times ahead.
Debra Weinberg is Chair, Na’aleh: The Hub for Leadership Learning, an agency of The Associated: Jewish Community of Baltimore, the immediate past president of the Associated, a nationally recognized Jewish community leader and professional, and a grandmother of two.