Megillat Esther is one of two books in the Tanach named for women. [The other is the Book of Ruth.] What important qualities and virtues of women in Jewish life can we draw from Megillat Esther to share with our grandchildren and family members?

I’d like to think of Esther less in female terms and more in heroic terms as a leader to emulate. Although the story tells that her beauty helped Esther achieve her platform of influence, the same heroic status is true for Joseph in Genesis. To me, the message here is that getting to a position of status or power is only the beginning. The influence you have as a leader, begins with the job. It does not end with the job. Too many politicians, CEOs, and celebrities invest in getting to where they are and then staying where they are rather than doing the deep and substantial work of service, which takes risk. Esther was willing to risk it all. I’m not suggesting that anyone take life-threatening measures to lead, but I think being a member of any community of meaning involves making sacrifices for others. 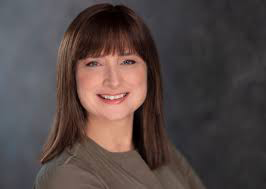 Beyond the joy of the masks and costumes, the delight of hamantaschen, and the cacophony of graggers, there is a serious tale of antisemitism and existential danger to the Jewish people in the story. Given recent frightening anti-Semitic attacks in our country and abroad, what are some lessons from the story of Esther and Mordechai about living in a sometimes-dangerous world can we learn?

I believe that Esther 3:8 is the first recorded instance of antisemitism in history. Haman did not like that we were a nation without a land. We were scattered. He accused us, with no evidence, of not observing the kingdom’s laws. Being marginalized simply for being different is a problem we have faced — along with so many others in history — for millennia.

One of my concerns is that subtle antisemitism is a microaggression that is often ignored today. As the child of a Holocaust survivor, I never imagined we’d have to worry about hate crimes again. But here we are. To me, the story of Esther says that rather than shirk from our Jewish identities because of this hate, we have to lean into them more. Esther and Mordechai saved the king’s life and repaired the economic state of his kingdom. In other words, by owning their Jewish lives fully rather than hiding them, they were able to protect their people and do good in society more broadly.

Masks are an important element of Purim. We put them on and then remove them to reveal our true selves. Is there a lesson in this we can share with our grandchildren and family members?

In the book of Esther, she is told to hide her identity initially, which is one of the reasons we wear masks on Purim. Masks to me are intriguing symbols of what we do to fit in. Esther had two names (the other was Hadassah, “Myrtle”), suggesting that she had to navigate two very different identities. Masks are fine if you are aware that they are a surface disguise. You know that you can take them off and be your authentic self once again. The deeper problem is when you wear a mask that you think is the real you and are too afraid to take it off. The joy of Purim is not only wearing costumes and inhabiting a fantasy for a short while, it’s taking off the masks and being relieved to be at home with ourselves.

The Purim story is a raucous tale where pompous villains suffer the very fate they had intended to inflict on their victims. What role do humor and frivolity play in this holiday, and how can grandparents use it to show their grandchildren how humor can help them cope with stress and life’s difficulties?

Humor is always a great tool for lightening difficult situations. The humor in Esther comes in the form of reversals. We were down, then we were up. A feast turned into a fast. Haman paraded Mordechai, in chapter six, on the king’s horse when Haman himself longed to be on that horse. The gallows set for Mordechai were used to hang Haman. Our fasting then turned to feasting. 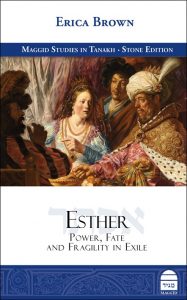 It’s so important to laugh with our grandchildren; it is they who represent the deepest of blessings. We must enjoy the lighthearted moments when we have them because there are always darker hours. I think these reversals tell us something even more critical that we, as grandparents, can help our grandchildren understand. Just because something looks bleak, does not mean it will stay that way. Sometimes the most difficult circumstances resolve themselves in incredible miracles. Before you catastrophize, take a deep breath and be patient. The hardest moments may one day be the harbinger of the greatest blessings.