The Jewish Grandparents Network began in August 2017 with a conversation between co-founders Lee M. Hendler and David Raphael about the under-recognized role of grandparents and the complex dynamics of today’s “new Jewish family.” We believe that Jewish grandparents are essential assets for our communities, our families, and our future. The Jewish Grandparent Network seeks to develop and steward the spaces and partnerships that will advance the wonderful blessings that grandparents represent. 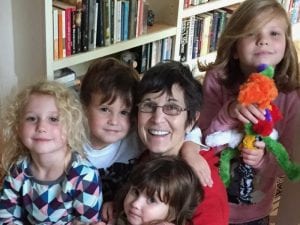 Beyond her decades of work on her family’s charitable foundations and leadership roles in many Jewish and communal organizations, Lee is the creator of Freedom’s Feast, a civics initiative that raises the next generation of citizens through the celebration of our national holidays. She is the past president of her congregation, Chizuk Amuno, and author of “The Year Mom Got Religion: One Woman’s Mid-life Journey into Judaism.” Lee lives in Baltimore and is the proud “Gromzy” to six grandchildren, mother of two sons and two daughters, and mother-in-law to three wonderful additional members to her family. She also has a boisterous and very big, red dog named “Clifford” who often barks during important video calls. 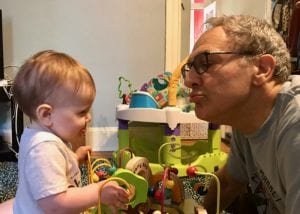 David has spent virtually all his professional career in Jewish communal service. A graduate of the Columbia University School of Social Work, he spent 30 years in Hillel including roles as Assistant International Director, Executive Director of Hillel of Greater Baltimore, and Senior Campus Liaison for Hillel International. David was also the founding Executive Director of the Floortime Foundation, an organization seeking to advance new approaches to treating children with autism spectrum disorders. David and his wife Jo live in Atlanta, have three grown children and, of course, the blessed granddaughter Bina who calls him “Zayde.”

Marshall Duke: Charles Howard Candler Professor of Psychology at Emory University and a faculty member with The Emory Center for Myth and Ritual in American Life.

Lisa Feldman Brill: An active philanthropist, Lisa is Co-Chair of the Brill Family Charitable Trust, Board officer and executive committee member of the JCC Association, former trustee of the Marcus Foundation and past president and trustee of the Marcus JCC.  She is “grandma” to her two grandchildren.

Larry Moneta: Former Vice President for Student Affairs at Duke University; adjunct faculty appointments at Duke in the Sanford School of Public Policy and the University of Pennsylvania Graduate School of Education. Larry has five grandchildren, all of whom call him “Grandpa.”

Ruth Nemzoff: Scholar at the Brandeis University Women’s Studies Research Center, a board member of Interfaithfamily and a founding board member of Gateways: Access to Jewish Education. Ruth has 12 grandchildren.

Esther Netter: Founder and Chief Executive Officer of ShareWell, home of the Cayton Children’s Museum and the youTHink, a California arts education initiative. She is Savta (Hebrew for grandmother) to four grandchildren.

Terry Rosenberg: Immediate past Chair of the Institute of Jewish Spirituality, board member, Mayyim Haim, Boston. Terry is a grandmother of four.

Ilene Vogelstein: An acclaimed leader in the fields of family life and child development and chair of the Baltimore JGN Pilot Initiative. Ilene is “Bubba” to four grandchildren.

Ron Wolfson: Fingerhut Professor of Education in the Graduate Center for Education, American Jewish University. He is the author of numerous books on advancing Jewish lives and communities of meaning.  Ron has two grandchildren.

We celebrate the unique and essential roles that grandparents play in our multigenerational family systems and we honor all members of our organizational ecosystem – professionals, lay leaders, and partner organizations.

We approach this work and our role with humility and, as creators of a new enterprise, we gratefully acknowledge that many others are essential to this undertaking.

We partner with organizations, institutions, and individuals dedicated to supporting grandparents as essential contributors to healthy families and Jewish life. 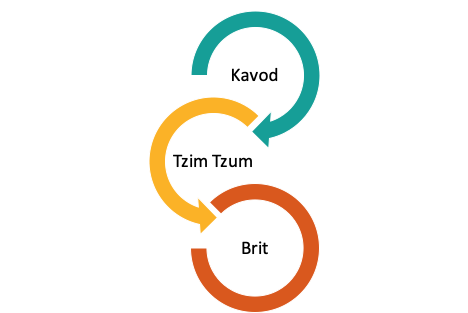 What We Believe-Today’s Jewish Grandparent

Grandparents are essential family members, vital to sustaining and nurturing Jewish identity, and important contributors to the well-being of their grandchildren. Yet, the role of grandparenting has never been more complex. Grandparents today have so many questions and challenges.

We are fortunate in Judaism to have as our legacy some of the most authentic family narratives. Additionally, each family has its unique stories. Together, these stories link us to our past, sustain us during difficult times, and offer us guidance for the future. Grandparents profess a deep Jewish pride and have access to rich Jewish narratives along with a passion to pass on their legacy.

Grandparents are a source of wisdom and have a unique relationship with their grandchildren characterized by playfulness, spiritual connection, and distinctive rituals. Yet in an era of busy families and greater distances, time together is increasingly difficult to come by. We strive to maximize the precious moments we have with our families; Shabbat, holidays, and vacations, but also the simple joys of being together for meals, games, walks and in the car.