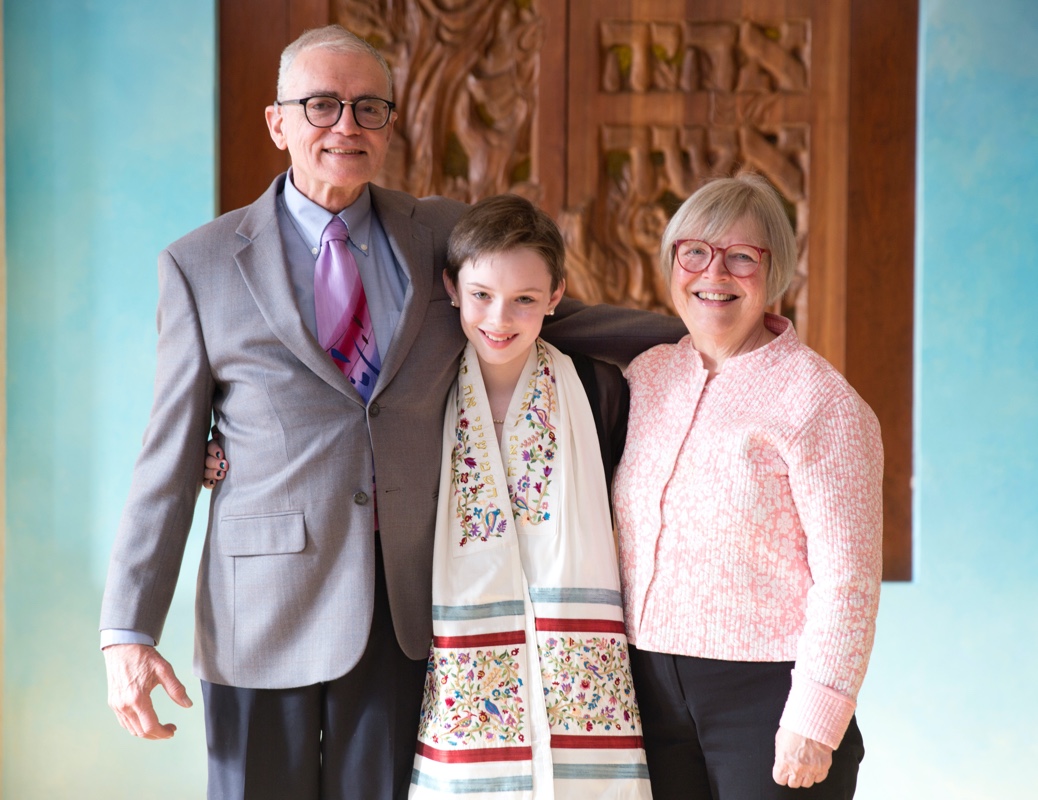 Giving your grandchild your attention is a better gift than a trust fund. You can cheer on the toddler’s first steps, listen to a 4-year-old’s lecture about dinosaurs, or attend a 10-year-old’s piano recital. Even better, you can pay attention to your grandchild’s tropisms.

If that word, “tropism,” sent you to the dictionary, you are in good company; or at least in my company. I recently heard the educator and writer, Parker Palmer, say in an interview, “Pay attention to your Grandchild’s tropisms.”

I looked it up.

“Tropism: Noun, Biology an orientation of an organism to an external stimulus, as light, especially by growth rather than by movement.”

I thought of my four grandchildren ranging in age from 13 to 18. There are things about them that I observed when they were little. I still see those characteristics in their adolescence/young adulthood.

In the Torah, as Jacob prepares for death, he calls his sons together. He places a hand on each one’s head in turn, oldest to youngest. He pronounces a “blessing” that doesn’t always sound like a blessing the way we understand the word. He does, however, honestly and with insight, describe the characters of each of these men. These characters have been consistent from their youngest days to their mature years. Jacob also blesses two of his grandsons, Ephraim and Manasseh; Joseph’s children. He insists on putting his right hand on Ephraim’s head, even though Ephraim is the younger of the two boys. Jacob sees something in Ephraim that means he will be the primary brother.

Jacob would never win a “Father of the Year” award, but this detail reveals that he did one thing his own father did not do. He paid attention. Isaac was so clueless about his children that Jacob could use the crudest of disguises to steal his older brother, Esau’s, blessing.

Jacob apparently liked some of his children more than others, but he saw all their tropisms. As Jacob knew, these are powers that can be positive or negative; often both. Our strengths are often our weaknesses. Stubbornness in a two-year-old can become persistence in adolescence, stuckness in midlife, and mature into resilience in old age.

The psychologist, James Hillman, posited an “acorn theory” of human personality. It is a third element along with our DNA and family/culture/tradition that shapes us. This acorn forms what we call “character.”

In his book, The Soul’s Code, Hillman cites Itzhak Perlman’s desire to attend conservatory at the age of three to study violin. Itzhak was denied entry because he was too small to hold the instrument. So, he taught himself to play with a toy fiddle until he was old enough to study formally. Yes, he was talented, but what was that drive to learn and his focus on the violin? That is character.

We usually associate the word “character” with a person’s honesty and courage – or lack thereof. When we use the word to describe someone we know as a “character,” we are getting closer to Hillman’s meaning. This “acorn” is not quite the same as our virtues or our talents. The word refers to the quirks, idiosyncrasies, and, yes, “tropisms,” that make a person unique.

If you are like me, you realize that aging is making you more of a character in that sense. Actually, not more of a character. As we age, the stuff that covers up our characters gets rubbed off. The outlines of who we are, who we have always been, become sharper and clearer.

If we are lucky, we had someone who paid attention to us when we were young; someone who saw us and loved us before we put on the veneer of socialization. We are even luckier if what they told us is in line with what we see in ourselves now.

My Grandmother told me that I came home from Kindergarten angry that they did not teach me to read that first day. I was angry because I loved stories. I loved to hear my mother and Grandmother read to me and I wanted to be able to read books to myself. I expected that would happen the first day.

I have spent my life with my nose in a book or writing words on a page. When I was only five, Grandma saw who I was and who I would become. A grandparent that sees a child’s character can reflect that character back to the child (and often to the parent.) It’s information that will be invaluable in later life.