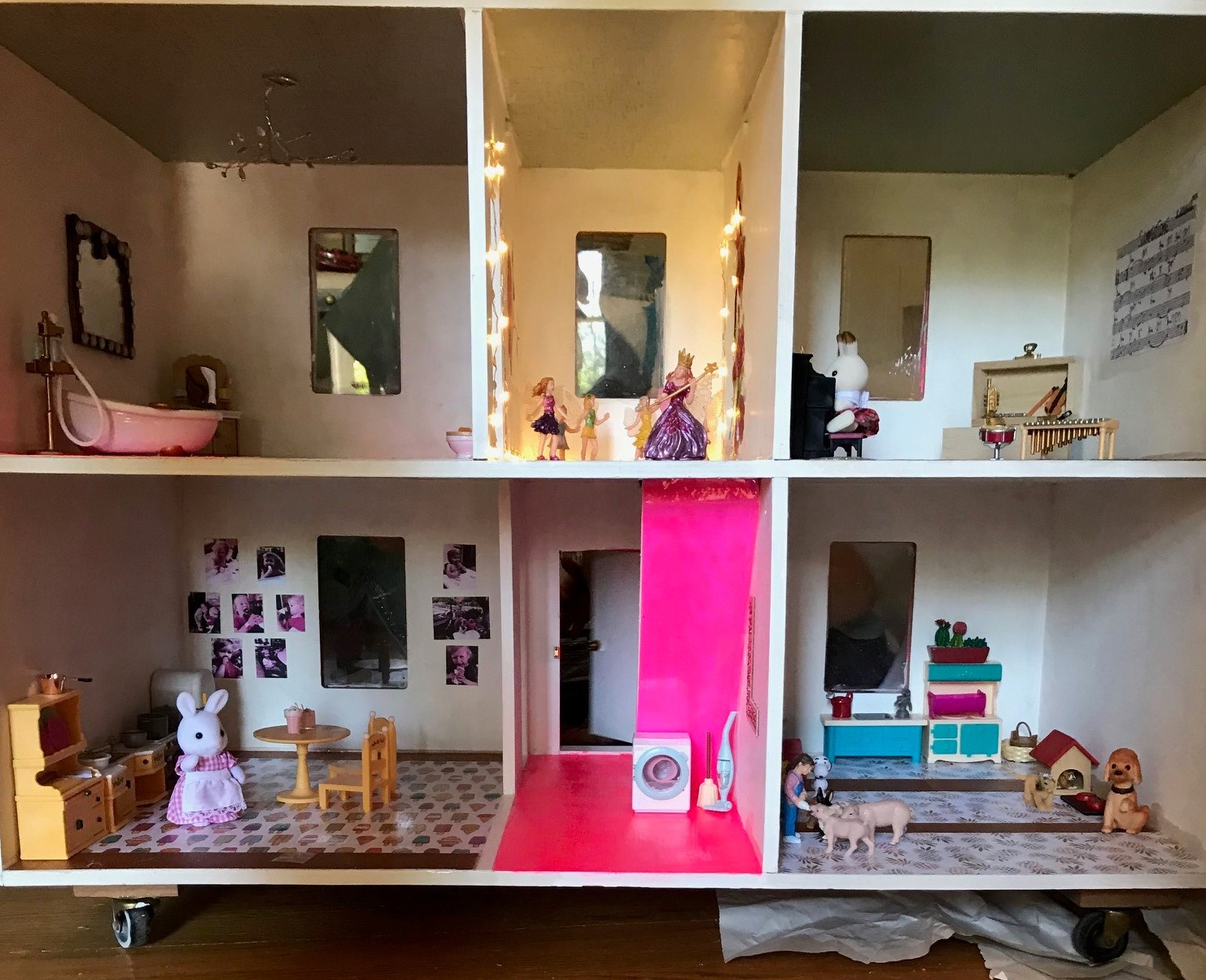 16 Jun When the World Is Too Much with Us 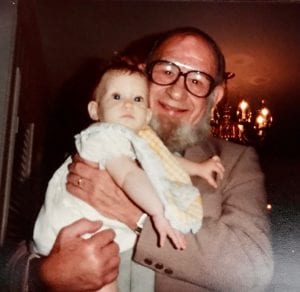 Ga-Ga with Lindsay at about 6 months

My father-in-law, called “GaGa” by his grandchildren, was a well-to-do man by any measure but refused to eat potatoes for his entire adult life—not even a french fry could cross his lips. To him, potatoes tasted like poverty because, during his childhood, potatoes were often the only family meal and always the mainstay of their diet. He also managed logistics in the army for D-day but would never talk about it.  In fact, he was a man of few words. When asked what he did on any given day, his predictable answer was a dead-pan “Not a damn thing.” Yet he had a great passion—to the delight of his grandchildren (and disdain of his children)—he created miniature vignettes of everyday life.

He crafted dozens of hand-rendered models with enormous skill and meticulous attention to detail. His favorites seemed to be stores or markets teeming with merchandise and food. But his greatest handiwork was a dollhouse on wheels built from scratch. Lovingly fitted out with perfectly scaled replicas of much of the furniture in our home, it had wood and linoleum floors, and tiny features like a wall-mounted phone, pull chain toilet, and grandfather clock with working pendulum. He made it for my daughter Lindsay for her 3rd birthday.  She adored it and the fact that her grandfather had made it “just for her.” 29 years later when I moved, my daughter who did not yet have children, told me to “get rid of it.” Fortunately, I did not listen to her. With some help from me, Lindsay just completely refurbished it for her daughter’s 3rd birthday.

When the world is too terrible or chaotic to contemplate, summon your inner creator. Create a world that isn’t.

The original dollhouse with Lindsay peeking through the front door 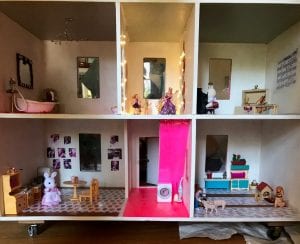