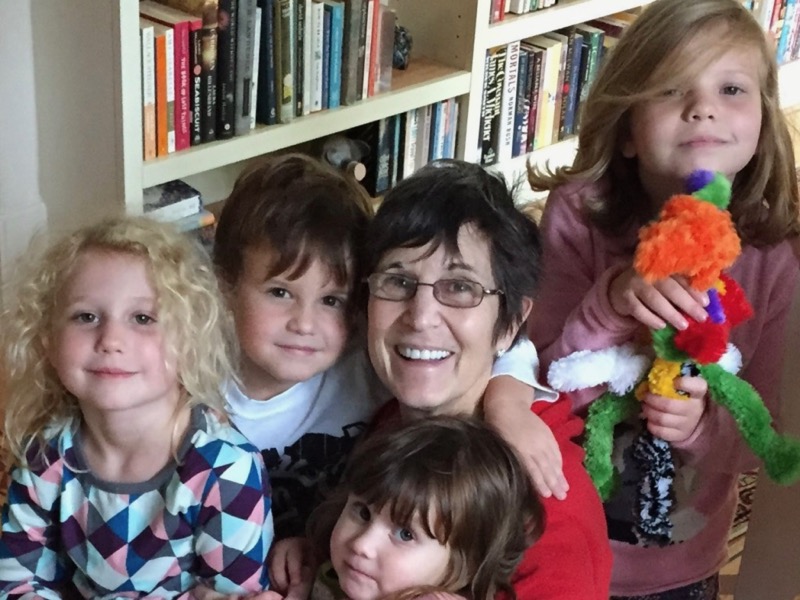 25 Oct These Are Not the Families We Imagined, But…

When I married in 1974 and started to have our children (1,2,3,4) we went down a pretty conventional and predictable Jewish path … one pidyon ha-ben (the ceremony welcoming a first-born son) was followed by four bar and bat mitzvahs later.

And then in birth order, our children  began to marry but only one out of  the four chose a Jewish partner.  I had to help my kids find rabbis who would marry because the Conservative rabbi they knew and loved would not conduct their ceremonies.

Time and again, I found that if I wanted to stay in relationship with my children and the amazing family we were becoming.    I needed to make the adjustment -not accommodation— adjustment. I needed, for instance, to travel to Tanzania to be with the family who was going to be alone for Passover for 3 years in a row.

I had to scope out the hair-trigger issues—learn which questions set off land mines and which ones opened doorways of opportunity: “Not where are you going for the High Holidays, but do you have a new dessert recipe for Rosh Hashanah?”  And, I saw my friends doing many of the same things; struggling to navigate the landscape of this strange new world. These were  not the families we imagined when we first set out on our parenting journeys over 40 years ago.  We were on the front lines of dealing with these and other complex and sometimes painful issues, not bringing up the rear.  What amazed me through all of it was how little attention the Jewish community paid to us while it focused so much attention on young families.

David and I founded the Jewish Grandparents Network in August of 2017 – at the same time he became a grandparent. We believed that our mission was essential.  At first, no one listened.  But  all of that changed when close to 8,000 individuals participated in the first National Study of Jewish Grandparents.  We like to quote Karen Radkowsky, our lead researcher, who said “I’ve never seen a response like this.”

The Jewish Grandparents Network relies heavily on building relationships of all kinds.  We invite you to be our partner – we have much work to do.  When we neglect our grandparents, we neglect the unique gifts they bring to our families and our communities.

Next we change behaviors.  That’s why the Jewish Grandparents Network  exists.

Lee M. Hendler is the Co-Founder and President of the Jewish Grandparents Network